The Road to 7a?
Part 1: Surviving Lockdown
Lindsay McMorran 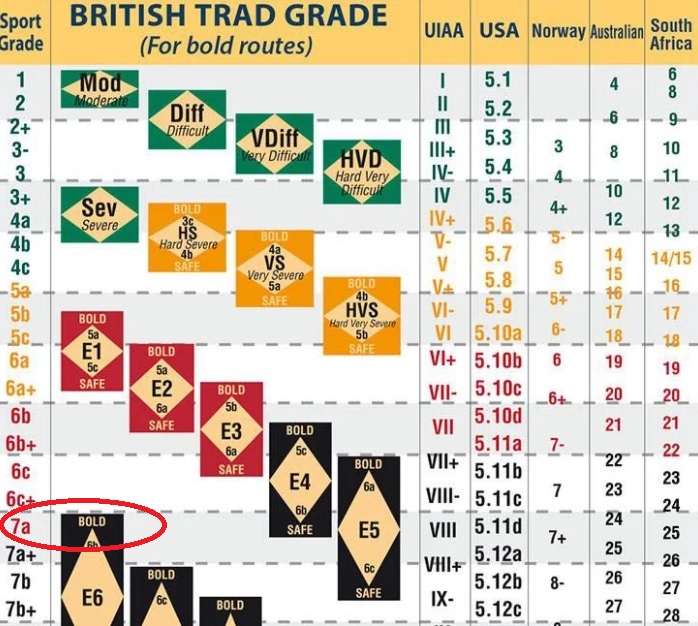 I’ve never liked January. The magic of Christmas fades, you’re forced back to the grindstone of the 9 to 5 and it feels perpetually dark, cold, wet and unpleasant. January 2021 has been a particularly viscous beast, ripping away my usual safety net of lurking at the wall, going to the pub and making plans for the year. Trying to keep myself from sinking entirely into the depths of despair, I took inspiration from the most psyched and determined person I know, and wrote myself a “Fridge Goals” list. Admittedly mine is stuck to the side of my PC in the spare room, currently designated as a home office.

I started by writing down some achievable goals. The equivalent of writing “write to-do list” at the top of your to do list just so you can tick something off and feel better about all the stuff at the bottom that you never seem to get around to doing. Top of the list was to climb 100 boulders, which might sound a lot but if we’re being honest even someone of my limited ability could rattle through that in a few decent days at Shipley Glen or Caley. From there I got progressively more ambitious until I found myself hesitating, pen in hand before finally committing and writing “7a redpoint”.

Now let’s just put this into perspective. As of today, the hardest sport climb I’ve onsighted was a 5+. I’ve climbed two 6bs, one was a flash on top rope, the other I dogged my way up after forgetting the beta I had previously worked out on top rope and panicking. Not exactly an inspiring run of form, but after watching the Reel Rock film about Mélissa Le Nevé spending six years projecting Action Directe, I was feeling inspired or perhaps overly optimistic. Having written it down, I realised in a panic that it was written in ink and now I’d have to photograph the list at an angle to show my fellow “Fridge Goal”ers so that no one need ever discover this folly. Oh God.

I’m not quite sure how I’ve managed to get from that point to now writing a blog for the world (well, LMC) to see, but after enjoying various podcasts and articles on the subject of overcoming fear of failure and managing fear in general, I’m now willing to share this with the world. I want to climb 7a. I’m not there yet, I’m not sure how long it would take me to get there and maybe I never will get there but I’m going to try really bloody hard and I’m going to laugh about it along the way.

The first step was surviving a January Lockdown with no end in sight. This was mostly achieved by eating a lot of biscuits, doing a lot of zoom yoga, a bit of running, occasional finger boarding and a lot of pull ups. By the end of January I was feeling relatively strong and as a benchmark decided to try Magnus Midtbø’s “Are you strong enough to climb 9c?” test for a laugh.
The first stumbling block in the plan was that the first two tests involve seeing how much weight you can add to your max deadhang and max pull up. I don’t own any weights, and they’re basically impossible to buy at the moment. It was at this point that Rob disappeared to the garage and triumphantly returned with a pile of textbooks I’d been nagging him to throw out since 2018. You win this round, Ford.

Since the tests are scored relative to body weight, I dusted off the “sad step” hidden in the bathroom cupboard and weighed in at a post-Christmas lockdown weight of 64 kg. Train heavy, send light, am I right? Having loaded up a rucksack with textbooks, large cams and gin (don’t judge me), I began the first test of a 5 second deadhang on 20 mm edges tentatively with +10% bodyweight. When that felt steady I upped it to 20% body weight and ticked that off too. I didn’t manage 30% body weight but it didn’t feel far off. With 3 points in the bag, I had a rest and moved on to the pull ups and again managed +20%, although the less said about the +30% attempt, the better…

A test of core strength is the next assessment, and to be honest this one was quite frustrating. I usually pride myself on my core but to score higher than 3 points you need to hold an L sit while hanging from a bar. Due to my feeble hip flexors, I can’t even lift my legs parallel to the floor but the next step down of holding a tucked L sit for 30 seconds is no effort at all. I took my three points for the tuck and resolved that I must improve my hip flexor strength. Finally, the last test is to just hang off the bar for as long as you can. I really backed myself here but failed after a minute because I couldn’t suffer the lactic acid any longer and scored a disappointing 2 points. Clearly, I need to learn to suffer while I’m doing my hip flexor exercises!

What’s the point of all this? Well, I’m not going to pretend that I think I’m ready to go out and start climbing 7a+ in the next few months, which is where my 11 point tally would put me but it was an amusing way to spend an afternoon and it did help me identify a couple of weaknesses to work on. There is of course much more to actually climbing something than just pure strength and I expect my biggest challenge will be improving my mental game but it was a little reassuring to think that I’m not gunning for something that is completely out of reach in my current shape. As I said in the beginning, I have no idea how long the road to 7a might be and I can’t guarantee it doesn’t come to a dead end but I’m sure there will be plenty of ups and downs to write about along the way. Watch this space 